Frankly, the weather was wonderful.  Just plain wonderful.  You could not believe it was February.  Well, except for the ice: 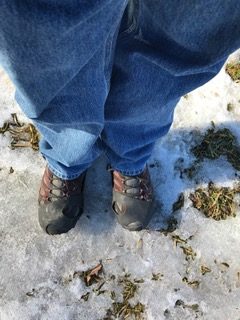 First time in my life that I wore ice crampons to shoot a rifle match.  Wasn’t necessary on the line, but on the back of the firing mound, it was slippery from the unmelted ice.

For an early winter match we had a fair turn-out:  six shooters. 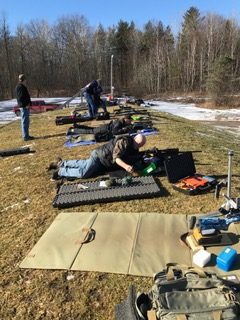 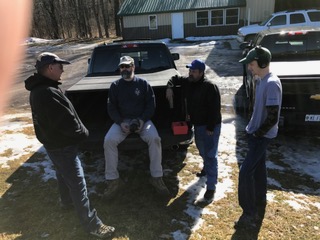 Then we had some education, between Ray Gross and Bret Solomon.  This revolved around how to deploy a Lab Radar to pick up the velocity of the bullet.   They were successful (which puts ’em ahead of me, I still haven’t got mine working). 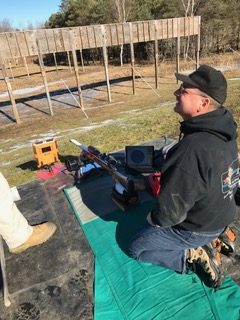 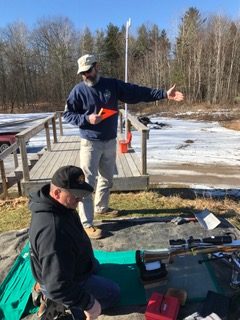 Finally, we did shoot:

No comments on the performance.  Its still the middle of winter in Michigan, and everyone was guessing about loads, and trying to remember to sight with right or left eye…..