The 2019 Winter League is completed.  Participation awards will be available at the first Suburban Mid-Range Prone League Match scheduled for May 11, 2019.

This summer league will fire 3 strings at 600 yards, and each match will start at 9:00 AM.

While the southeastern portion of Michigan got pummeled with rain, Midland enjoyed the sun and being dry. However, we did get wind.  Enough wind that there were no cleans today. The closest were the two sling shooters, who both managed one 198.

After firing one of the 198s on my first string with my Mousegun Palma Rifle. I thought, that was easy, if I hadn’t broke the two bad shots I would have been clean. Then I started the second string, and until my last five shots I don’t between I had two tens together, and no “X’s” until my very last shot.  Moreover, there was no predicting where the wind was moving me.

We had one other “fun” faux pas with Tony Dekelaita. He had 60 rounds of ammo, but only 40 of them had primers. Over the years, we have all made mistakes, but this is the first time I saw this one. He explains he ran out of one lot of brass, and just grabbed some more, without noticing that it wasn’t primed, yet.

We have the potential for one additional Winter League Match for 2019. That would be on April 27, 2019. Watch this spot for updates.  Program is:  2019 Winter Mid-Range Prone League Program. 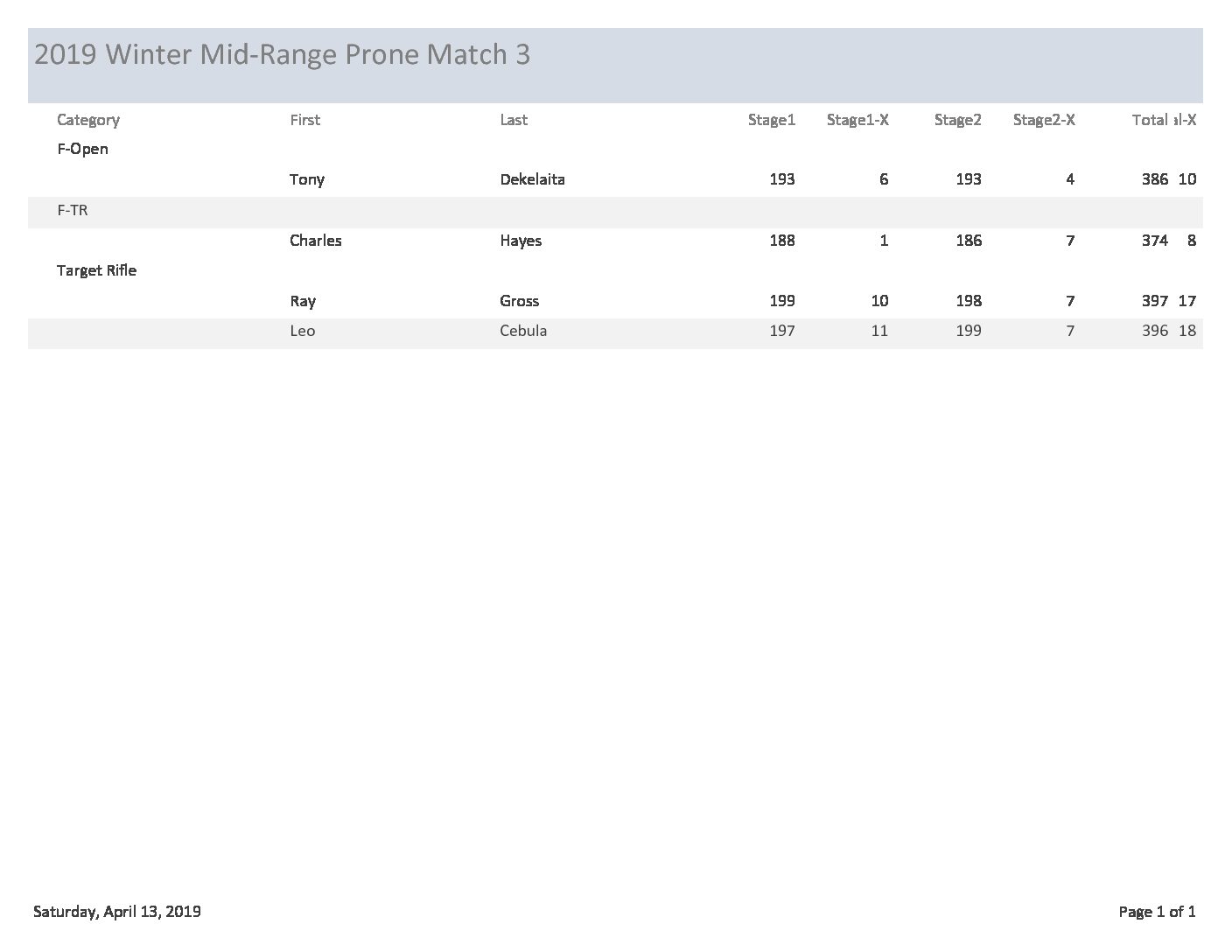 We had a small turnout for today’s match. Only four (4) competitors. We were greeted with low 40’s and high winds.  Aside from that, it was a pleasant shoot….

We had one each F-Open and F-TR, so those shooters are the high in their category: F-Open – Tony Dekeliata with a 386-10X, F-TR – Charley Hayes with a 374-8X.  In the sling category (Target Rifle) we had two Luddites (using metallic sighted Palma Rifles).  Ray Gross was high with points with a 397-17X, and Leo Cebula with high with “X’s” with a 396-18X.  I guess you could argue that everybody won today.

The next potential date is April 20, 2019, which would be Easter Saturday.  Usually a good day for a rifle match.  Program is:  2019 Winter Mid-Range Prone League Program

We finally reached the end of the 2018-2019 Snow Country English Match Series. Two Winners were crowned:  Al Moore with a score of 1199-98X in the F-Class Category and Dan Altman with a score of 1184-61X for the Sling Shooters. 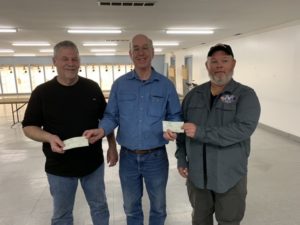 This is the end of the indoor shooting until November.  Watch this site for information about the 2019-2020 Snow Country English Match Series.  We should be posting the schedule in October.

On a beautiful spring morning eight (8) competitors enjoyed the weather, and gentle breezes.