On a chilly, partially sunny morning the 2017 Halloween BSA Charity Match was conducted.  We had nine (9) shooters, and five members of Venture Crew 7772 from Midland in attendance.

In total $430 was raised for the Crew, with the majority a donation from Solomon Diving. 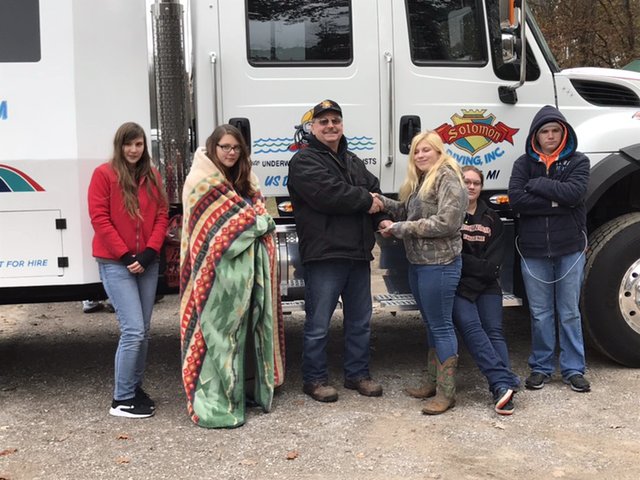 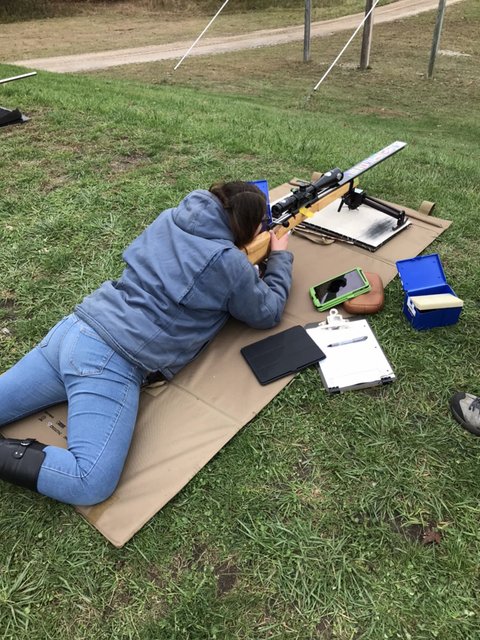 Well, notwithstanding looking like we would drown in the heavy rain fall, three intrepid shooters showed up.  Whether they were just looking for an excuse to get out of the house, I won’t comment.  However, we checked the app “Dark Sky” and it told us we had an hour of no rain fall.  So we put up two targets and shot.

Starting about at 9:30 AM, we finished at about 10:45.  All three of us had fired our sixty shots (in some cases more).  Importantly, until the last ten minutes it hadn’t rained.  When it started to rain it was only a slow drizzle.  Just enough to make you damp.

At any rate we had two F-Open shooters, and one Sling.  The high score for the day was an F-Open shooter, Terry Scurlock with a 591-22X.

I don’t know if it was the fact that we had dodged the weather, or if people just wanted to shoot, but everyone left the range smiling.  I guess that made it worth it.

Please note the next match at Midland is the Halloween BSA Charity Match.  It will be held on October 28, 2017.  It is a 3×600, and scoring will be provided by the Midland Explorer Crew.  The program is available here.