We had a decent, sunny day for Match 3 of the Winter Mid-Range Prone League. Moreover, we had the best turn-out of the year with ten (10) shooters.

Jake Bondy was the high Target Rifle shooter (sling shooter), with a 398-23X.  John Roethlisberger was the high F-TR shooter with a 397-26X besting John Pierce by three X’s.  It appears everyone is starting to get into practice for 2017.

We did record a couple of concerning photos:

They appear to be of a notable F-TR shooter wearing a shooting jacket, slung up, and firing an Any Rifle.  When we left Midland the competitors were still in shock….  We are withholding his name to protect his reputation. 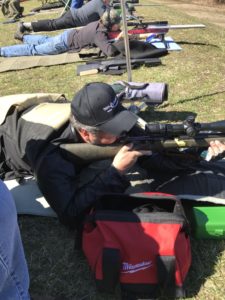 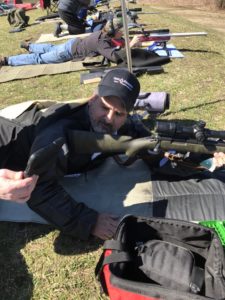