On Saturday, September 3, 2016 we had a spectacular day for a shoot.  Gentle winds, sunny, nice temperature in the 70’s, and the biggest turn out in over a decade (last one this big was a Charity match that ended up being only 15 shots due to the worst weather we’ve ever shot in).

We experienced a lot of issues with our targets.  There appeared to be issues with WIFI connectivity at the 300 yard line, and two targets that would not record hits.  After multiple reboots, and some temporary resquadding, we managed to muddle through only two yard lines.  All competitors have our apologies for the problems.  We will continue to work with the manufacturer to resolve our issues.

Nonetheless, some very good scores were fired.  In the F-TR category, John Roethlisberg out Xed Tom Hagle with a 398-23X over a 398-15X. John becomes the 2016 Michigan Mid-Range Prone F-TR Champion.  Tailing those two was Bob Lorenz with a 394-22X.

In the Any Rifle category, Gary Duda out paced the crowd with a 397-22X besting second place Jake Bondy by one “X”.  Gary becomes the 2016 Michigan Mid-Range Prone Any Rifle Champion.  It is notable that Gary is in his 60’s, and winning his first State Championship.  Watch out for those old guys…. 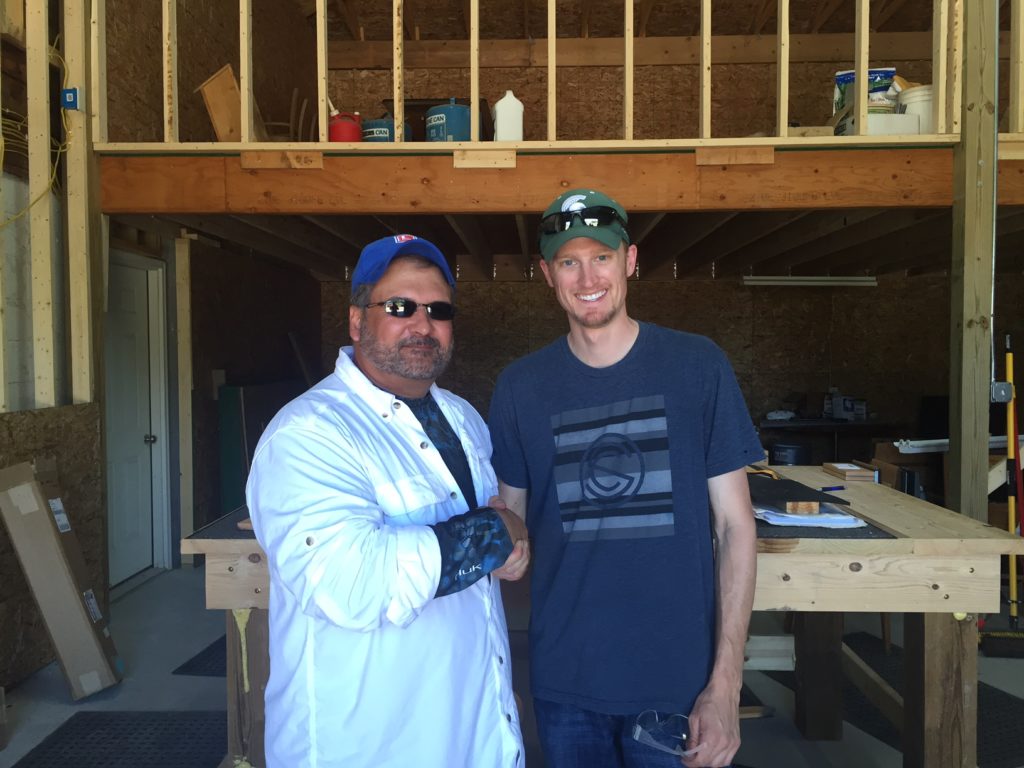 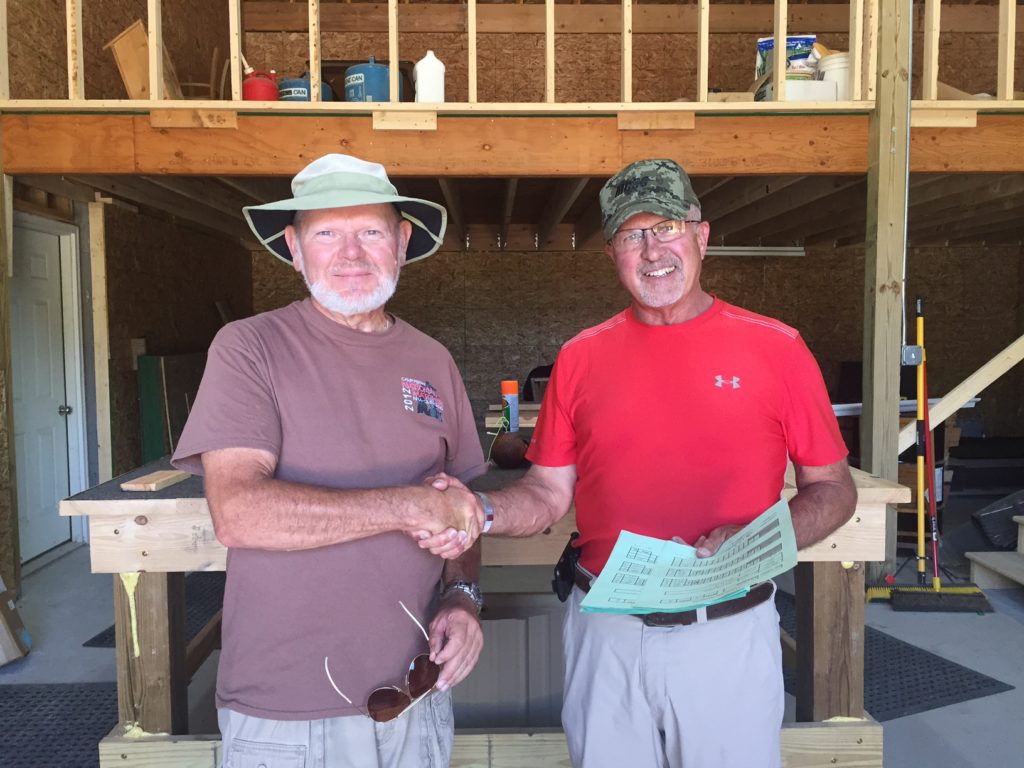 Gary Duda being congratulated by Leo Cebula from MCSC on winning the State Any Rifle Mid-Range Prone Championship. 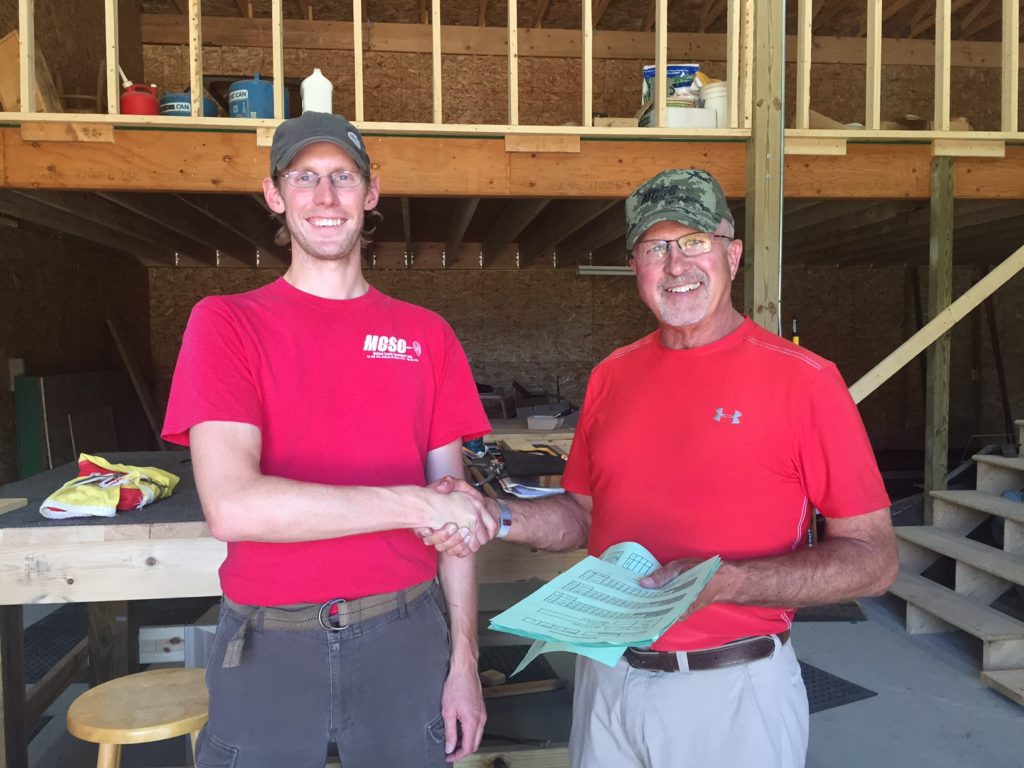 Jake Bondy being congratulated by Leo on second place in the State Any Rifle Mid-Range Prone Championship.